The Mystery of the Squashed Self

Spot and sort your INNER-SQUASHERS - the self-sabotage stuff that stands in your way. Bringing the symptoms to life through 8 frustrated business owners, Investigator Lewis and Professor P. Case by case actions - lightbulbs lit!

Get a peak inside!

Take the test and follow these 5 steps to release your real impact! 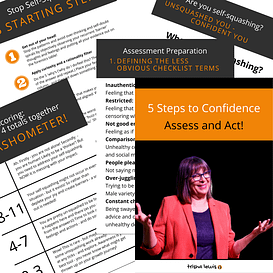 Christmas and the fear of failing

The danger of social media stats

How to stop feeling meaningless 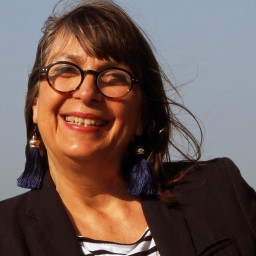 At some point, you or someone you know will have said something like :—

Regardless of whether the context is a business networking event, a cocktail party or an online dating app, the same descriptive phrase gets trotted out — ‘small talk’.

For many there has been a wave of relief over the last 18 months of enforced socialising limitations. If you ‘hate’ small talk, you have had a perfect excuse to avoid the small talk situations. That excuse is wearing thin. The invitations are increasingly impossible to ignore. You know intellectually that you have to get back in the ‘small talk saddle’ if you don’t want to risk stifling your business or snubbing your friends.

I urge you to join me on an exploration of a big world of opportunity that lies within this so called ‘small’ activity.

Is it just polite chatter?

Jane Austen novels are full of examples of constricted, contrived or chit-chat conversation — such as this observation on Miss Bates from Emma:

“She was a great talker upon little matters . . . full of trivial communications and harmless gossip.”

Is small talk outdated? Does it belong to the etiquette books of the last century?

The first mention of something akin to ‘small talk’ was made by the Anthropologist Malinowski. He coined the term ‘phatic communication’ — a form of meaningless conversation seeking nothing of intrinsic value and merely a form of politeness.

This dull perspective was turned on its head by later researchers such as Justine Coupland who recognised the ritualistic and bonding quality of small talk. In her book dedicated to reviewing all the research on small talk — Justine references the work of Laver who discusses the exploratory function of small talk as well as the way it provides a route towards ‘achieving transition’ — or as I discuss below — opening the door to ‘big talk’.

My go-to-guy Goffman also refers to ‘phatic communication’ in a positive light when he reminds us that it helps the participants establish a ‘working consensus.’

There is even research that suggests a link between small talk and happiness.

Don’t forget that the everyday enquiry ‘how are you doing?’ is small talk. Would it be better to approach a passing acquaintance with ‘how do you feel about our current existential crisis?’

So back to the seemingly banal ‘polite’ purpose of small talk. There is nothing wrong with being polite, but it has always been more than simply ‘polite’.

Even etiquette books of the 1920s recognised the ‘give and take’ quality of an ideal conversation and offered cunning ways of moving from the mud of mundane to the sunny slopes of scintillating.

Having been thrust unexpectedly into the company of brilliant celebrities (..) her speech has absolutely deserted her! Lillian Eichler 1922.

Which brings us to the second reason for participating in ‘small talk’ —it’s a survival strategy.

‘Small talk’ is the antidote to ‘oversharing’.

We are living in an era of ‘oversharing’ fuelled by reality TV, YouTube and influencers. There is an appetite for ‘vulnerability’ which is perfectly fed by the sharing of personal trauma.

As Dr. Suzana E. Flores, the author of Facehooked: How Facebook Affects Our Emotions, Relationships, and Lives observes —

“Some social media users use their pages as their personal journals, sharing their every thought with the world.”

Oversharing is like drinking too much: You don’t recognize you’re the only one doing it until it’s too late. And just like looking around at midnight and realizing you’re the only one at the party with a drink in your hand, there’s this feeling of shame that washes over you when you look back on a conversation and realize that you emptied the contents of your brain all over the place and the other person revealed nothing.

Whilst it might feel ‘superficial’ or even a bit ‘people pleasing’ to partake in ‘small talk’ — it is only fair on the other person that you knock on the door of their brain space rather than barge in and put your feet up on their sofa without permission!

For those of us who tend to wear our heart on our sleeves — small talk can provide us with a safety net in the early stages of relationship building conversation.

So instead of thinking —’ this is a bit prosaic’ — think — ‘this is a respectful rapport building phase.’

To up the ante on personal story sharing before you get to know someone a little better is perilous. What if you discover something about them later in the conversation that has you running for the hills, leaving your rucksack of personal stories in their possession. You can’t return and ask for it back!

So small talk is polite and a safety net — but it is also something else — something rather magical.

So called ‘small talk’ is a savvy way to open the door to ‘big talk’.

If you are feeling a little more positive about the possibilities of ‘small talk’ now — you might want some tips on how to do it.

How to do ‘small talk’ well.

I recommend you start with the simple reframe I mentioned earlier:

Instead of thinking — ’ this is a bit prosaic’ — think — ‘this is a respectful rapport building phase.’

Language is powerful and that includes our self-talk.

Now for the 3 rules of making small talk work well:

Let’s expand a little on each of these.

“I always try to turn the spotlight on the other person.” The longer you keep it shining away from you, the more interesting he or she finds you.”
― Leil Lowndes, How to Talk to Anyone

The more you ‘get out of your head’ the less self-conscious you feel. Being present is the perfect set up for good conversation.

As the very wise Celeste Headlee says — “Sincere questions can even open up conversation with those people who don’t like us very much.”

Dale Carnegie advised us to be ‘genuinely interested in other people’ in our quest to ‘make friends and influence people’.

Take note of the ‘genuine’ part.

Ask for advise and try to keep your questions interesting — to you as well as them.

Try to receive the answer and add something to it . This is a classic improv technique known as ‘yes, and’.

Yes, And, — the secret sauce, the source code, the key that unlocks every door worth opening — affirm and build on ideas — explore and heighten a scene… Kelly Leonard and Tom Yorton

They say: ‘I always prefer travelling by train.”

You say: ‘Yes and I love people watching on trains! Mind you — I also love the opportunity to listen to podcasts…

Much better than saying ‘Oh. I have to say I not a fan of train travel.’

And just one more thought. When it is you being asked the question — give them something to work with.

Do humanity and yourself a favor. Never, ever, give just a one-sentence response to the question, “Where are you from?” Give the asker some fuel for his tank, some fodder for his trough. Leil Lowndes

All of this brings us neatly to tip 2.

This requires working on your detective skills. It requires you to be present and prepared. You are going to spot the connections — it’s like a TV gameshow!

Best way to explain this is to give you an example.

You: Were you born and bred in Bournemouth?

You: I have heard of Bolton! It’s ‘up north’ isn’t it! I am a total southerner — but like you I did my London stint. What part of London did you live or work in?

Them: Lived in a slightly dodgy part of Earls Court — but worked near Sloane Square — quite a contrast.

You: The only thing I know about Earls Court is the Exhibition Centre — I went to a Bowie concert there — unforgettable.I was there!

You get the gist.

Believe it or not you can find inspiration in a carpet, coffee urn or curtain.

Maybe you will be lucky and spot a piece of art or something crazy happening outside — visible from a window.

What is that odd sound? It reminds you of the noise your new electric car makes….

See? This is another fun game to get the small talk away from the obvious.

I have a personal story that involves a piece of art.

I had just done a talk at a networking event. There had been a reasonable amount of talk over lunch — certainly more than small ‘small talk’.

However, it was a piece of art spotted in the reception area that transformed the small to the big.

It was abstract and — a bit naff.

One of the networking attendees was looking at it — I approached her and asked her what she thought of it. Within 30 seconds we were being very ‘rude’ about it — but with good humour. The humour was bonding. This was many years ago — our connection as well as work collaboration grew from that moment on. I count this individual as a good friend.

I hope you are feeling more motivated to give ‘small talk’ a go with this refreshed perspective and tool kit— the rewards are many.

Fair point but I would counter this with:

Internally utilise your detective alter-ego when feeling nervous in a social interaction situation — it will calm your nerves.

Thinking about unsquashing your squashed self?

Christmas and the fear of failing

How ‘festive cheer’ brainwashing triggers a feeling of failure. What if you END_OF_DOCUMENT_TOKEN_TO_BE_REPLACED

Apparently Boris Johnson has it and his counterpart Keir lacks it. The END_OF_DOCUMENT_TOKEN_TO_BE_REPLACED

This website uses cookies to improve your experience while you navigate through the website. Out of these cookies, the cookies that are categorized as necessary are stored on your browser as they are essential for the working of basic functionalities of the website. We also use third-party cookies that help us analyze and understand how you use this website. These cookies will be stored in your browser only with your consent. You also have the option to opt-out of these cookies. But opting out of some of these cookies may have an effect on your browsing experience.
Necessary Always Enabled
Necessary cookies are absolutely essential for the website to function properly. This category only includes cookies that ensures basic functionalities and security features of the website. These cookies do not store any personal information.
Non-necessary
Any cookies that may not be particularly necessary for the website to function and is used specifically to collect user personal data via analytics, ads, other embedded contents are termed as non-necessary cookies. It is mandatory to procure user consent prior to running these cookies on your website.
SAVE & ACCEPT